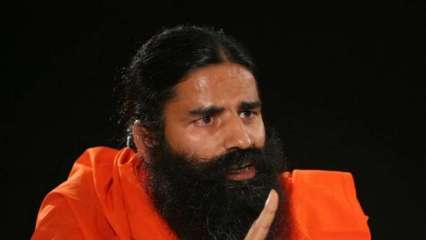 Baba Ramdev has made a big statement on the agricultural laws of the Center, for which farmers have been protesting on the borders of Delhi for months.

Baba Ramdev was attending a businessman’s wedding in Samalkha, Haryana on Friday. During this time he had said that farmers are agitating for repeal of agricultural laws. Neither the government nor the farmer is willing to accept it, but this deadlock must end. There is a middle ground in every problem.

The yoga guru said that the government has already spoken of not enforcing these laws for a year and a half. If the farmers feel that this is not enough time, then the Center should increase it to three years. In the meantime, the farmers and the government should sit together and discuss the interest of agriculture and the country and make laws on what is right.

Thousands of farmers have been camping at several Delhi border points since November last year, demanding the government to repeal three agricultural laws and provide them with a legal guarantee of minimum support price (MSP) for their crops.

Several rounds of talks between the government and farmer unions have not been able to resolve the deadlock.

COVID-19: Over 3,000 cases in Kashmir, oxygen supply to industries banned

COVID-19 vaccination: Beneficiaries have option to walk in, register on-site from THIS date, details here

COVID-19: Lockdown extended by 7 days in these cities of Maharashtra - What's allowed, what's not

Are CSK thinking of replacing MS Dhoni with Narayan Jagadeesan?

UK AstraZeneca to offer under-40 option under Kovid-19 vaccine

Trevor Bauer finds himself at the Center of Ball-Doctoring Inquiry

The Premier League race is over. The Champions League lottery is here.