Nearly three-quarters of Covid hospital patients under 50 are unvaccinated 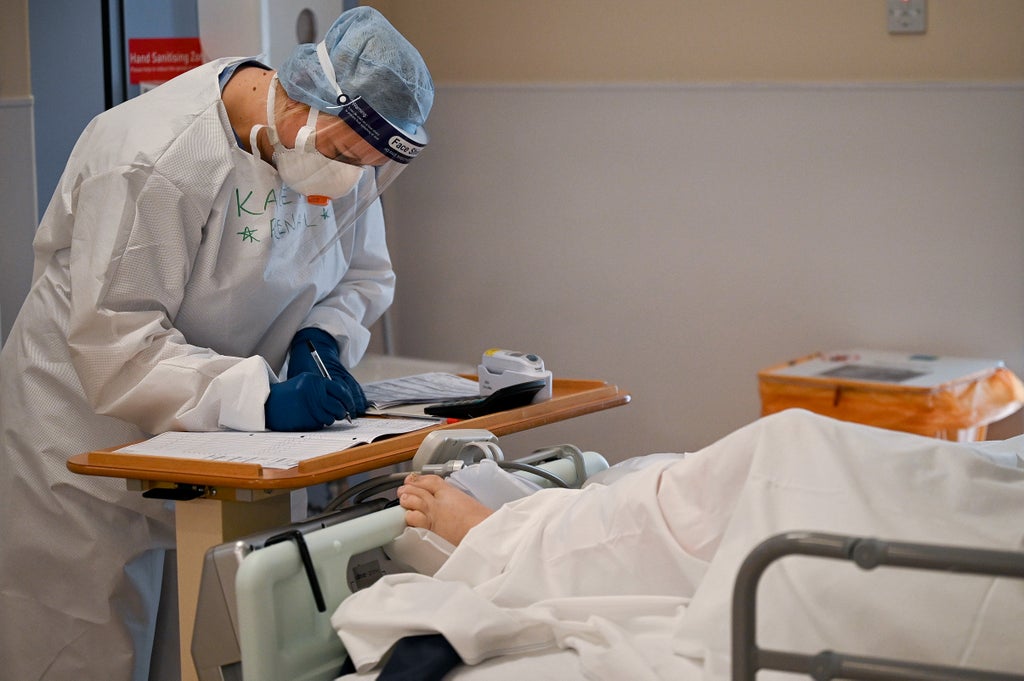 Nearly three-quarters of Covid inpatients under the age of 50 are unvaccinated, according to Public Health England data.

The numbers showed that most coronavirus-related deaths among young people also occurred in those who did not receive the first dose of the vaccine.

During the week leading up to August 29, approximately 9,472 people were admitted to a British hospital with a highly infectious delta variant of the coronavirus.

14% received a single jab and another 10% received both.

The numbers come because it looks likely that the minister will approve a healthy 12-15 year old vaccination against the coronavirus after asking the UK chief medical officer to review evidence of mass deployment. increase.

Sage professor John Edmonds said on Saturday that “a lot of confusion” could occur in education if the plan didn’t go on.

Delta variants remain predominant throughout the UK and currently account for 99% of cases.

Almost two-thirds of the UK’s population is fully vaccinated, which is higher in the elderly.

A significant 61% of this elderly group was given a second jab.

This is because more elderly people in the general population are double vaccinated.

Of the 154 deaths recorded under the age of 50, 64 percent were unvaccinated.

Last week, the widowed husband of Samantha Willis, four unvaccinated mothers, urged people to get the coronavirus vaccine. “You and your family don’t have to experience what I had to do.”

Josh Willis has announced his plea on social media. “When I write this, I’m lying beside her. She’s 35 years old, unvaccinated and in a casket. Let’s sink it!

“It’s real, the numbers are real. Get your vaccine so you and your family don’t have to experience what I had to do.”

He described his wife as “a wonderful, affectionate, and attentive person who has been our superhero for the past few weeks.” She is now our guardian angel. “